Cardboard is in very high demand – recycle your cardboard boxes! 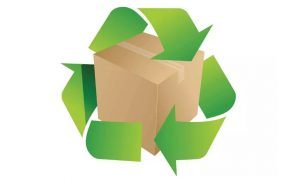 The COVID-19 pandemic changed consumers shopping habits, creating a boom for online retailers that hasn’t slowed down. Corrugated cardboard currently represents 80% of the packaging used for online orders, meaning the demand for cardboard is as high as it has ever been.

Recycled cardboard is used to make cereal boxes, paperboard, paper towels, writing paper, and of course, more cardboard boxes. It is important that you are doing your part to recycle it properly. Remember to keep boxes empty, flat and clean. Boxes with packing material can’t be sorted at the recycling facility, so packing materials such as Styrofoam, plastic bags and wrap must be removed in advance. Cardboard boxes also need to be broken down prior to placing them in your the recycling container. This will make the cardboard less likely to get stuck in your curbside bin, and will save valuable space in your bin or community drop-off container. 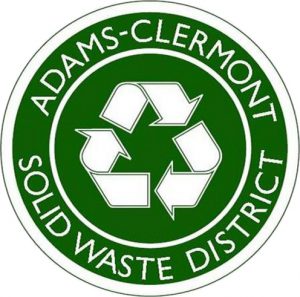 The state of recycling is being threatened by the large amount of contamination that is making it into the recycling bin.  It’s true that Material Recycling Facilities (MRF’s) make money off of recyclables, but those recyclables have to be collected, sorted, and baled to be a marketable commodity, and there’s a cost associated with those processes.  Adding items to the recycling bin that you think should be recycled, i.e. “wishcycling” won’t actually influence that material to be recycled in the future, it just increases the cost of recycling and makes municipalities question the economics of the maintaining the program.  If the amount of non-recyclable materials (i.e. garbage) being placed in the bin keeps increasing, the economics of recycling stop making cents -see what I did there?

We’ve consolidated a directory of outlets for hard to recycle items here:  https://oeqrecycle.clermontcountyohio.gov/tree/